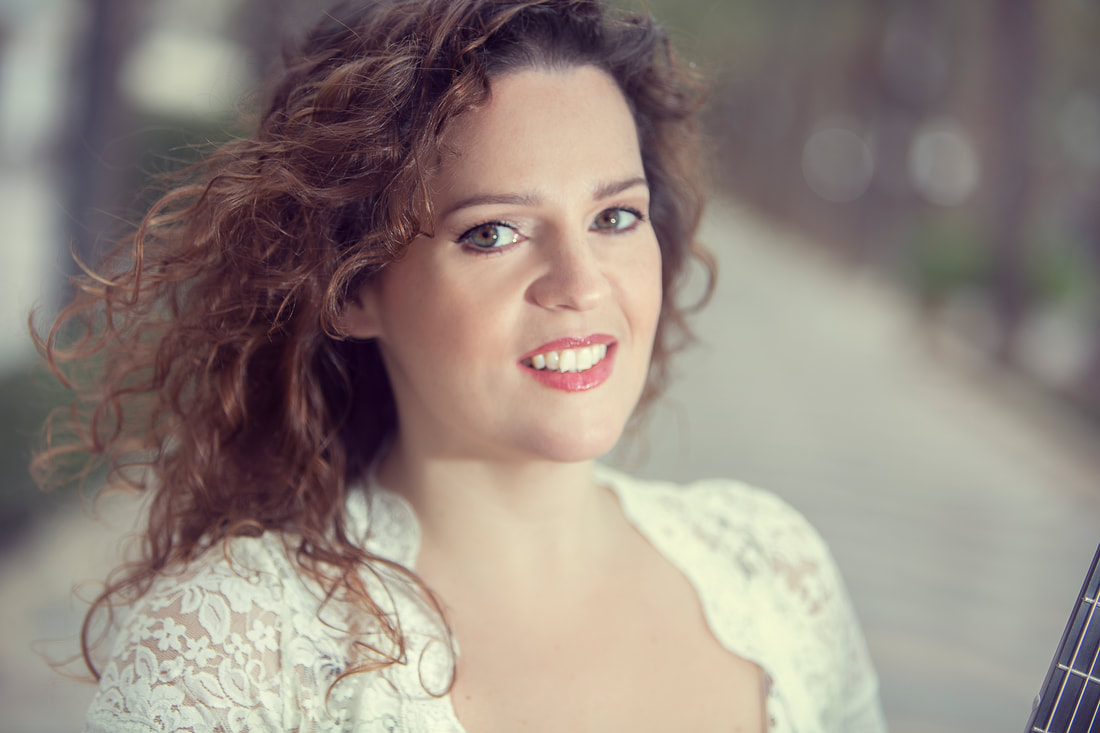 Véronique van Duurling studied at the Conservatory of Maastricht (Nl), where she completed her Bachelor of Music (in Pedagogy and Performance) and “Post-Graduate Degree” with Carlo Marchione. Afterwards she enrolled in a “Cours de Spécialisation” with the Duo Melis at the Strasbourg Conservatory (Fr), which she completed with a very high distinction. At the University of Alicante (Es), she was a student of the “I Máster en Interpretación de Guitarra Clásica 2013”, where she worked closely together with guitar virtuosi David Russell, Ignacio Rodes, Hopkinson Smith, Roberto Aussel, Manuel Barrueco, Carles Trepat, Nigel North and the two-time Grammy-winning conductor, José de Eusebio. Afterwards she completed a  “Máster Oficial en enseñanzas artísticas: interpretación e investigación de la música” at the “Conservatori Superior de Musica Oscar Espla" in Alicante (Es).

The eminent Dutch guitarist and composer Annette Kruisbrink praised Véronique’s interpretation of Kruisbrink’s “Homenaje a Segovia” as the finest that she has heard (2005).

She has been invited to give concerts and masterclasses in Belgium, The Netherlands, Germany, France, Luxemburg, Ireland, Romania, Switzerland, Greece, Czech Repulic, England, Norway, Spain, Italy, Portugal, Austria, Hungary, Iceland, Slovakia, the United States, Mexico, Australia and New-Zealand.
​
She was a guest in several television programs in Belgium (Villa-Vanthilt and TV Limburg), the Netherlands and Spain.

With a small group of students from the Strasbourg Conservatory, she organised the Autumn Guitar Series (2010), with concerts in Alsace, Kehl and Gengenbach.

Recording:
In 2016 she released a duo album with Harold Gretton, entitled “The Journey”, which includes the world-premiere recording of a work by Johannes Möller, alongside other original works for guitar duo and transcriptions by the Duo Amythis. The duo crowdfunded the CD with a successful campaign on wemakeit.​

Teaching:
A dedicated pedagogue, Véronique has given masterclasses at numerous guitar festivals, the Sydney Conservatorium of Music and the Victorian College of the Arts (Australia), at the Conservatoire de Strasbourg (France) and the University of Xalapa, Veracruz (Mexico). She successfully co-founded the private music school „Two Notes“ in Düren (Germany), which continues to attract a waiting list of students.
Currently she is teaching at the Clara Schumann Musikschule in Baden-Baden, the Rheinperle Mandolinenverein and the Mandolin- and Guitar Orchestra of Neuweier as conductor and artistic director of the orchestras (Germany).